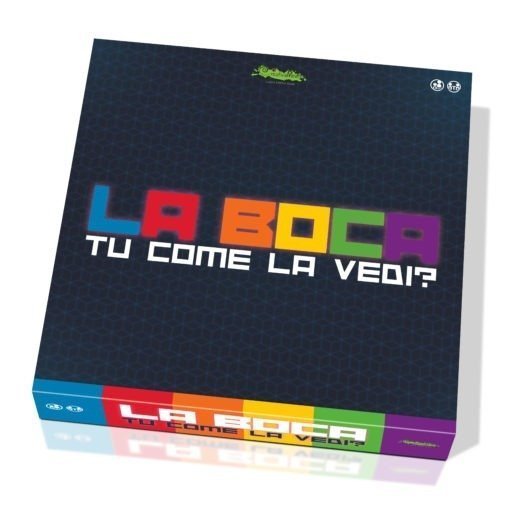 “Do you need the yellow piece?”
“No, I don’t see it! I need the light blue on the second level instead.”
With La Boca two players have to complete an objective, but each player can see only one side of what that has to be built.
The players can talk to each other in order to understand where to put each piece correctly… but they have to be fast, because the faster they complete one objective, the more objectives will be completed during the 4 minutes of the game.
The game lasts from 6 to 9 turns, and the players play alternately and take note of their score at the end of each round…
The name LA BOCA comes from the name of a district of Buenos Aires, the capital city of Argentina, which is famous for its colorful houses.

During the game of LA BOCA two players have to build the exact building that is shown on the objective card. Each player sees a different side of the same building, which is the objective that has to be built.
The goal of the game is to make sure that both the faces of the card are built as soon as possible.

There are no reviews yet.

Show reviews in all languages (9)

Be the first to review “La Boca” Cancel reply